Unusually many of the Irish who came to live in Alberta and British Columbia during the nineteenth century were prosperous. They were not people of modest means as was so often the case with earlier immigration to eastern and mid Canada.

From the 1870s, Calgary and other parts of southern Alberta experienced a sustained influx of ambitious and well-resourced Irishmen who hoped to become successful ranchers. Some were university graduates.

A relatively large number of Irish immigrants arrived in Canada in the 1850s and 1860s, in most years outnumbering their counterparts from England and Scotland. The likelihood is most were heading for western Canada, where they had access to Alberta's ranch lands and British Columbia's gold.

THE IRISH IN ALBERTA 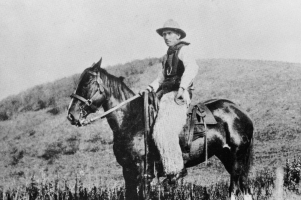 Samuel Copithorne, the Irish Cowboy. Born in County Cork in 1879 he eatablished a ranch west of Calgary in the Springbank district.

Irish homesteaders and ranchers spread themselves across vast tracts of southern Alberta. However, they were mainly concentrated to the south east of Calgary.

The Macleod District attracted many well-heeled Ulstermen in the 1870s and 1880s who took up ranching after having served with the North West Mounted Police. They had been recruited in Ireland and Ontario. 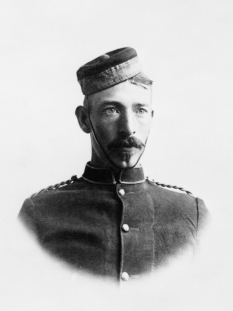 Various railway stations in Alberta are named after places in Ireland, suggesting an Irish past, but little data survived to confirm this.

Irish Catholics founded the St. Brides Colony in 1927. It was located along the North Saskatchewan River in north eastern Alberta.

Single young men were attracted to the province by the availability of railway, construction, mining and farming jobs.

THE IRISH IN BRITISH COLUMBIA

British Columbia was similar to Alberta in attracting well-off and ambitious Irishmen, who began arriving from Ireland in the 1850s. Initially, gold was the main attraction.

The gold rush days of the 1850s and 1860s attracted many dashing young Irishmen, who often prospered but their numbers were small.

Alexander Robb, from County Down, established a ranch in the Nicola Valley south of Kamloops in the 1860s after failing to find gold. However, its irrigation needs proved to be too difficult for him to master and he returned back to Ireland. 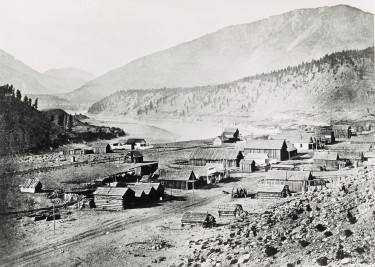 Nicola Lake setlements in 1884. The area is characterized by open prairie, rolling hills, some trees and plentiful quantities of "bunch" grass which was avidly consumed by the cattle.

British Columbia's population growth only began to rise steeply in the 1880s with the completion of the Canadian Pacific Railway line, linking it with the rest of the country. Before then only a relatively small number of the population claimed Irish ancestry and most of them were single adult males.