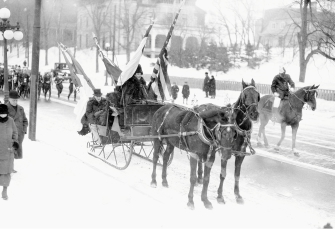 Settling on rented seigneurial land and sharing their lives with people who spoke a different language from theirs and in many cases followed a different religion, they formed extensive Irish communities of mixed religion across the region. Most were farmers, though some supplemented their incomes with seasonal employment in the lumber camps to make ends meet.

With the opening up of colonization roads the Irish became well concentrated in the Eastern Townships - especially in the St. Francis Valley.